Literature from the 1700s to 2021 is filled with spectacular works of imagination, criticism and theory. All studded with one prominent theme- feminism. Whether you are in the mood of reading old heroines of the movement or the modern day feminist protagonist or just want to brush up the long journey of the movement, here are 22 feminist authors you should definitely read in 2022.

1. A Vindication of the Rights of Woman- Mary Wollstonecraft

Mary Wollstonecraft was a feminist long before the word ‘feminist’ existed. A Vindication of the Rights of Woman published in 1792. Wollstonecraft, a feminist from the initial days of the movement, takes inspiration from the leading revolutionaries of her time who fought for greater rights for women and advocated for equality, independence and education for women. Wollstonecraft is greatly admired as one of the progressive people who ideated that women are intellectual equals of men and deserve equal opportunities.

2. A Room of One’s Own by Virginia Woolf

A Room of One’s Own published in 1929, takes a sharp jab on the popular notion that considered women as lesser of a writer and creator at the time. In her work, Virginia pointed towards the inequality in the educational and economic system that failed women writers of the time. Woolf’s words and perspectives still remain as relevant and inspiring today as it was back then.

3. Feminism is for Everybody by Bell Hooks

Feminism is for everybody. It is 2021, what do you mean you cannot wrap your head around feminist theory? That’s why we applaud our dearest feminist author Bell Hooks to put the educational text down on paper for us to understand. Hooks talk about feminism that is very different from the outdated ideas and references about “feminazis.” Hooks talk about practical application of feminism in both entertaining and an informative way.

“I could easily forgive his pride, if he had not mortified mine.” Jane Austen did not write Pride and Prejudice for us to not become a strong minded feminist as Elizabeth Bennet. Austen in Pride and Prejudice takes a humorous attack on the hidebound patriarchal norms of the old times. Lizzie Bennett’s jibe at the patriarchal society ruled by men in possession of great fortune is fun to read.

Are feminists bad? To find out, read Bad Feminist by Roxane Gay. The book takes an honest and funny deep dive in identifying the hard to meet standard set for feminists and negative impact of tokenism in media on people of color and women.

6. Little Women by Louisa May Alcott

Louisa May Alcott has inspired generations of women to be bold, unconventional and chase their dreams. Through Meg, Jo, Beth and Amy, Little Women shows us many ways in which women grow, love, pursue their passion and grieve. Feminism may not have been on Alcott’s mind while writing this book, but it has gained a special place in the hearts of feminists all round the world.

7. Men Explain Things to Me by Rebecca Solnit

Has a man ever ‘mansplained’ to you? Rebecca is known for popularizing the term “mansplaining.” Through her bitter yet humorous work, Solnit shares her collection of personal experiences. From patronizing explanations to #YesAllWomen movement and overlooked marriage equality, Solnit’s writing is relatable and rage inducing.

Janet Mock is undeniably America’s most distinguishable trans feminist-activist and writer. Mock’s writings represent underrepresented women of the society. In her autobiography she talks about her journey as a transwoman of multiple descent in a poor background to becoming one of America’s most respected advocates.

Intersectionality in feminism is picking up pace, and we couldn’t be more grateful. Since the beginning of the journey of more than 200 years ago, feminism is now more inclusive with voice from diverse groups participating in the conversation than ever before. Much of its credit goes to famed writer, feminist and civil right activist Audre Lorde. Lorde’s work has changed how world percives feminists of color and queer community. Her speeches and essays were a sharp attack on racism, sexism and homophobia.

10. The Bell Jar by Sylvia Plath

The Bell Jar was written in the 1950s, when women’s mental health was not a priority. The semi-autobiographical story of Plath follows the descent of a woman into the spiral of mental illness and existential crisis. The Bell Jar has become a coming-of-age feminist story for young women.

When Wuthering Heights was first published in 1847 feminist ideology and gender equality were considered blasphemous. Emily Brontë’s heroines in the book do not rely on men for survival, are against the prejudiced soviet and a feminist, obviously.

12. The Female Eunuch by Germaine Greer

“What more could women want? Freedom, that’s what.” Germaine Greer is an intellectual and a landmark voice fighting for women’s rights. Through her dynamic and divisive book ‘The Female Eunuch’, Greer became a household name.

13. In Search of Our Mothers’ Gardens- Alice Walker

American novelist and feminist of color Alice Walker has written multiple novels, short stories and essays. Walker’s In Search of Our Mother’s Garden gives women hope and a feeling of wholesomeness.

Women who are truly feminine have no desire for education, career or political opinions. To smash the patriarchal attitude, Betty Friedan wrote The Feminine Mystique. The Feminine Mystique is a landmark book that has shaped the conversation around feminism and roles that women play in the years after World War II. Friedan phrased the term ‘feminine mystique’ to delineate the assumptions that society has made for women’s true desires.

15. The Handmaid’s Tale by Margaret Atwood

Everyone should read Margaret Atwood. Atwood through her work puts forward the disturbing challenges of patriarchal society. Best known for The Handmaid’s Tale, Atwood talked about female reproductive rights when the topic was not discussed very openly. Today when the debate around women’s reproductive rights has gained momentum, the book has taken the World by storm again.

The Second Sex is an autobiography by French author Simone de Beauvoir. Beauvoir was a socialist feminist who highlighted that women are as capable as men to make their own choices. The 1949 book discusses the problem of women.

Doris Lessing in her book The Golden Notebook speaks of women as creatures with struggles, desires and passion- all of which was not acceptable back in the time. Lessing explores the diverse side of women with emotions and imagination, which was uncommon for female authors of her era to have.

19. Women Who Run With The Wolves- Clarissa Pinkola Estés

Women Who Run With The Wolves is a collection of myths and stories that aims to reconnect women with their fierce self. Clarissa Pinkola Estés’ feminist book spent 145 weeks on New York Times bestseller list. Estés who is a writer and Jungian psychoanalyst takes inspiration from the sophisticated stories of her family.

Caroline Criado Perez is a renowned feminist, activist and author. Perez through her extensively researched work exposes inequality and discrimination women face in healthcare, education and employment sector. Her book ‘Invisible Women’ is the story of the ‘weaker’ gender.

Indian mythology is filled with stories of women who were fierce, free-spirited and passionate. Draupadi, princess of Panchal is one of them. Her story is told beautifully by none other than Chitra Banerjee Divakaruni. Divakaruni is an award-winning writer who brings the females of Hindu epics into new light.

Lifting The Veil is a collection of fictional stories including two nonfiction essays. The book gives us a deep insight into the convoluted lives of women. Chugtai wrote Lifting The Veil when the conversation around women’s sexuality was hushed.

Go grab a copy of these books to make your 2022 a feminist year.

I am enthusiastic writer. I am also an avid reader who loves reading all kind of books

How Modern Day CEOs Can Keep You Out Of Trouble

51 New Year Resolutions That You Must Inculcate Into Your Life

Weight loss asanas that everyone must try 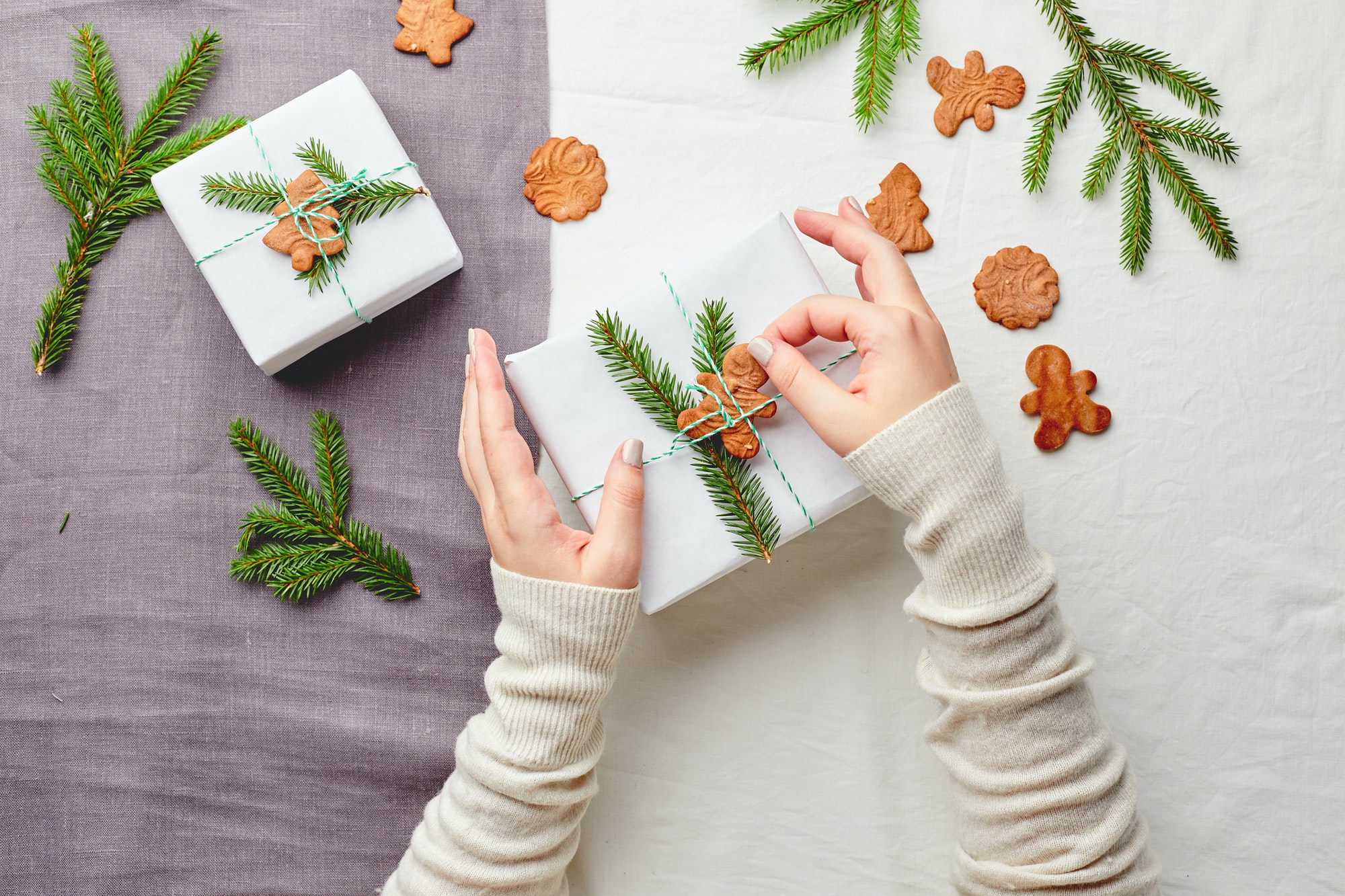