In today’s technological rapidly growing world, everything has changed from personal assets to professional one. With this new era, one thing that is creating buzz and curiosity on one hand and confusions due to lack of authentic information on the other hand is cryptocurrency.

Cryptocurrency is a digital currency in form of coins or tokens which is used as a medium of exchange on virtual platform. It works on Blockchain technology that is based on decentralised mechanism of peer to peer sharing in contrast to centralised banking at present.

Although, all the cryptocurrencies that are present in market are somewhat same and made for same kind of reasons that is decentralizing but all differ in some aspect as well.

Top ten cryptocurrencies for future are:-

It was first introduced in 2008 by anonymous person or group named Satoshi Nakamoto. But it got into lime light after a decade. Today, it’s market capitalisation is US$1.149 trillion showcasing the trust as well as interest of investors across the world in this cryptocurrency. Bitcoins are created by process known as mining that contains lot of high-level algorithms.

In September 2021, El Salvador became the first country to adopt Bitcoin as it’s legal tender. Although, carbon footprint and ease of illegal transactions is a concern which brings some criticism but still it has maintained to be the moon pie of investors.

Second to bitcoin in market cap is Ethereum which stands over US$557 billion. Its original authors are Vitalik Buterin and Gavin Wood. It was released in July 30, 2015. The platform allows anyone to deploy permanent and immutable decentralized applications onto it so that users can interact with it.

Ethereum also allows for the creation and exchange of NFTs (non-interchangeable tokens) which are connected to digital art work or other real-world items and sold as unique digital property. Lately, many celebrities across the globe are taking interest in NFT like Salman Khan, Amitabh Bachchan, etc.

Binance coin was issued as ERC20 token on Ethereum blockchain but now it has moved to its own mainnet chain that is Binance chain. As of June 2021, Binance exchange is the largest cryptocurrency exchange in the world that supports over 1.4 million transactions per second.

Every quarter, Binance uses one-fifth of it’s profit to repurchase and permanently destroy or “burn”, binance coin held in its treasury.

Binance was created as a utility token for discounted trading fees in 2017. But since then, it uses have expanded to numerous applications and can be used for payments like Crypto.com, Monetha, HTC, etc; for travel booking at Travala.com, Trip.io, etc; for entertainment, online services and even financial purposes like taking out a loan.

Tether is another cryptocurrency which has a huge market cap of $73 billion. It is hosted on the Ethereum blockchain while the tokens are issued by Tether Limited and controlled by the owners of Bitfinex. It was originally designed to always equivalent to US$1.00, therefore also known as stable coin.

Also, Tether was one of the first cryptocurrencies to peg its token value to a fiat currency. As of now it tracks fiat currencies like the dollar, Japanese yen or the Euro which are held in a bank account.

Solana runs on a unique hybrid proof-of-stake and proof of history mechanism that help it to process the transactions quickly and securely. It was launched in 2020 at $0.77. Amazingly, its price has reached $213.42 by the end of Nov. 30,2021 and market cap over $64 billion.

It also works like Ethereum to enable smart contracts, decentralized applications that are powered by ADA, its native coin.

XRP was founded by Chris Larsen, Jed McCaleb and Arthur Britto in 2012. It is a digital payment asset on the XRP-ledger-an open-source, permissionless and decentralized blockchain technology. XRP can be used on that network to facilitate different currency exchanges including fiat currencies and other major cryptocurrencies.  Transactions can be settled in 3-5 seconds on its platform.

USDC was first issued as ERC-20 token on Ethereum and runs on Ethereum. It is governed by CENTRE that is an open-source technology project bootstrapped by contributions from circle and coinbase. It is fully collaterized stablecoin that is pegged to US1.00. Today its market cap is over $38 billion.

Thanks to celebrities and billionaires like Elon Musk, dogecoin has been a hot topic all over the world. In 2013, it was famously started as a joke but the creative community of memes has made it a prominent cryptocurrency option. Unlike many other cryptos, like Bitcoin, there is no limit on the number of Dogecoins that can be created that leads to currency valuation susceptible as supply increases.

Just like Bitcoin, Litecoin is also based on an open-source global payment network that is not controlled by any central authority like govt., banks, etc.

It has some better features than bitcoin like faster block generation rate and it also uses Scrypt as a proof of work scheme. It is also known as “lite version of bitcoin”.

By market cap which is Litecoin is the 14th – largest cryptocurrency.

There will never be more than 84 million Litecoins in circulation.

These are the top 10 cryptocurrency for future. Hope you find the article useful! 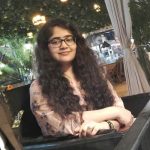 Sheena has completed her graduation in English Literature from Vivekananda College, DU and her masters in Comparative Indian Literature from DU. She has more than 4 years of experience in writing. In the past, she has written for several websites, and on different domains. She has worked for a publishing company dealing with 11 publishing houses. Moreover, she has also worked with a private college as its content head. She is an introvert, having firm faith in the power of her pen.

9 best hotel chains around the world

51 New Year Resolutions That You Must Inculcate Into Your Life